This study is aimed to improve the studens’s writing ability during the teaching learning process. The Conceptual Network activities had been assumed to be able to improve the student’s ability in writing. Since the technique had been applied the students could increase their achievement both in terms of score and ability in writing aspects such as grammar, punctuation, spelling and vocabularies. The subjects of the present study was IX I of SMP Negeri 3 Kuta Selatan in academic year 2008-2009.The total of the subjects under study was 42 students which consists of 20 females and 22 males. The present study made use of a classroom action research design. There were two cycles applied and each of which covered three session and involved four steps namely planning, action, observation, and reflection. There were three instruments used in this study; test, questionnaires, and observation sheet. This study was carried out based on the results of pre- test which revealed that students’ writing ability was unsatisfying. From the writing assessment scale used, it was proved that achievement of pre-test of subject under study was only 4.83 which were considered very low.  The finding showed that there were continuous improvements on the students mean score after being given treatment in two cycles. In cycle I, the score of reflection 1 was 5.47 in reflection 2, the score was 6.09, the score in reflection 3 was 6.83.It was calculated that the grand mean score of cycle I was6.13.and it proved that student’s writing ability was considered fairly satisfactory by using Conceptual Network strategy. Next, three reflections were applied in cycle II to anticipate unsatisfied reaction from the researcher. It showed that the score in reflection 4 was 7.47, reflection 5 was 8.21 and reflection 6 reached up to 8.76. The grand mean of cycle II was 8.14 which meant the student’s writing ability were considered much better according to the rate description. The difference between grand mean cycle I and cycle II was 2 points. The result of questionnaire showed that item A was 59.25% which meant they liked writing with Conceptual Network strategy very much, Item B was 32.43% they liked it, and item C was 8.31%, that means they were not sure and none of them chose D or 0. From the result of the study, this indicated that Conceptual Network strategy could help the students of SMP Negeri 3 Kuta Selatan improve their writing ability. 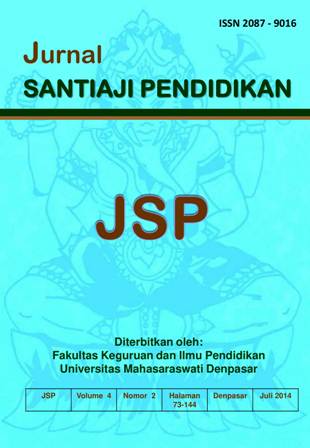